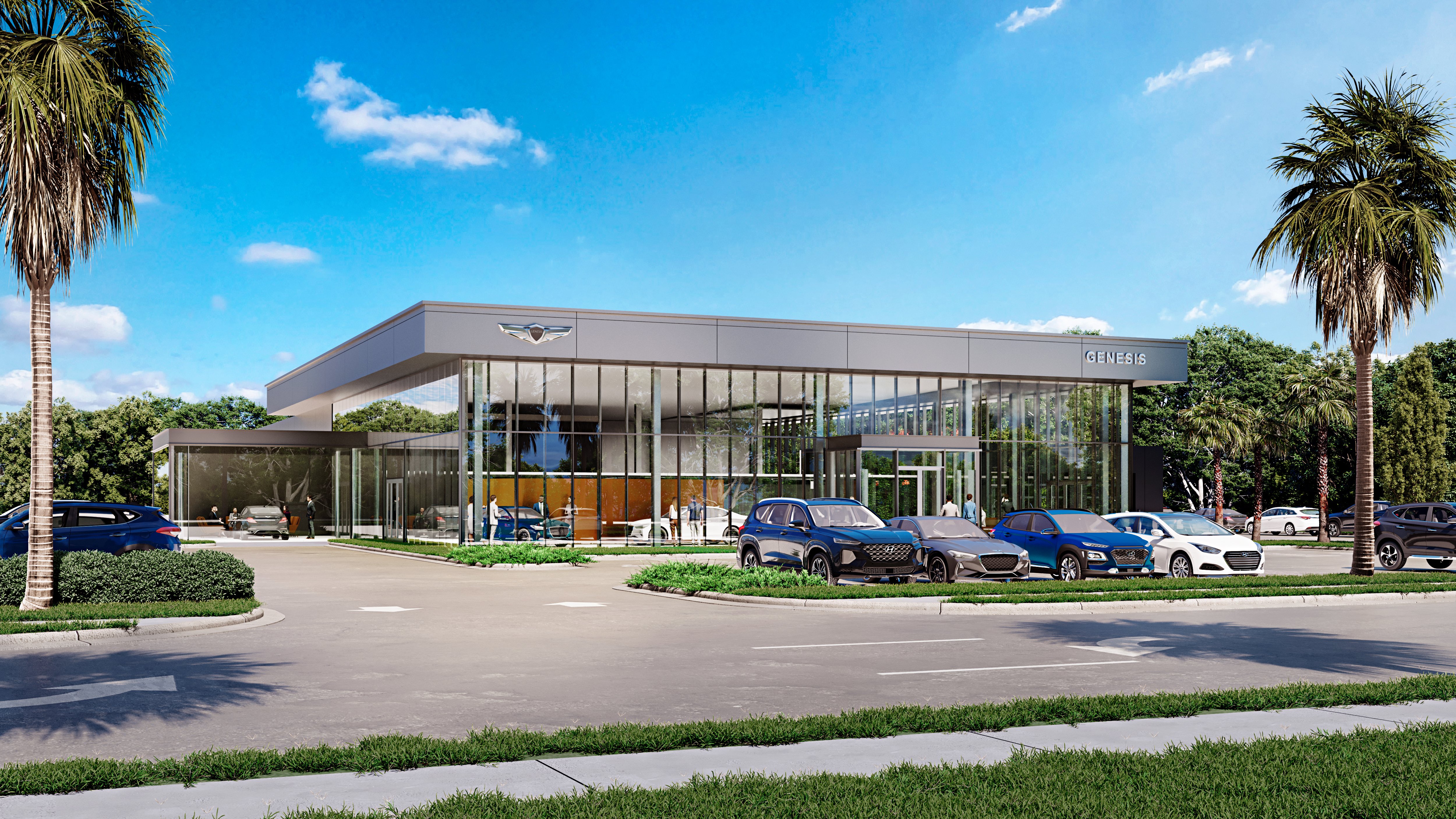 Hyundai of Central Florida has some exciting building plans in the works. Our Genesis dealership has outgrown its space in our shared location and will be moving to a new facility going up near our existing dealership in Clermont.

Plans call for an 18,377-square-foot, $8.5 million dealership and a 15,000-square-foot, $4 million service facility to be built on a 3-acre site. Bids are expected to be open to contractors in mid- to late April. The goal is to have the new facility open by the second quarter of 2023. The Clermont City Council approved the project on March 22.

The expansion comes with additional staff as well. The combined Hyundai and Genesis operation currently employs 73 people. After the new facility is completed, the two dealerships are projected to have 144 people on staff.

The expansion is designed to cater to buyers of the prestigious Genesis line, according to Tracy Taylor, managing partner of the dealership.

"The goal of the new standalone dealership is to create a luxury purchasing environment for our upscale customers," Taylor told the Orlando Business Journal. The new building will also be the first fully completed Genesis facility in North America.

The original Hyundai-Genesis dealership was built in 2017. The new site was acquired in December 2020 for $1.5 million. Since Hyundai of Central Florida opened, it has sold nearly 12,000 new and used vehicles and served more than 46,000 customers