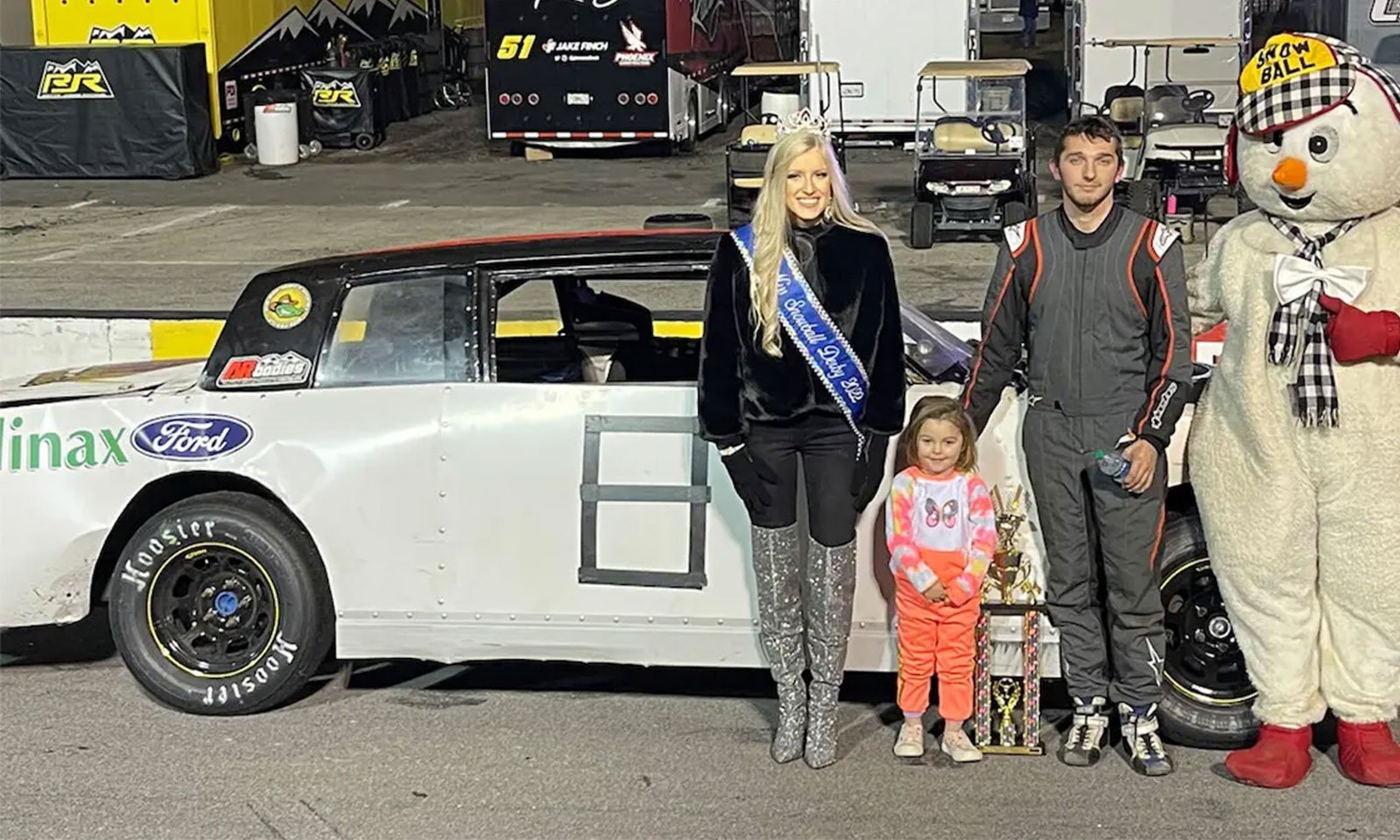 Cameron Leytham remembers looking at his race car at the bottom of the pool at the Red Roof Inn and thinking: “Oh man, I don’t want to miss the biggest race of the year.”

Fast forward to the checkered flag – he not only made it to the Snowball Derby at Five Flags Speedway in Pensacola, he came in third in a field of about 20 vehicles.

Here’s the turn-by-turn on how Cameron, who joined the sales team at Mullinax Ford of Mobile in late summer 2022, persevered (with a little help from family and friends) and became an internet sensation in the process.

"Oh man, I don’t want to miss the biggest race of the year."

Cameron had painstakingly worked on his car, the Lloyd’s Glass Number 8 Pure Stock, for months. Everything was ready, except for one special, last-minute detail: a brand-new engine, installed just moments before he put the vehicle on the trailer for the drive to Pensacola.

But the route would not be smooth. He and his 4-year-old daughter Ava were rolling through Tillman’s Corner, AL, when a strap on the trailer broke and the car went flying – not down the straightaway, but straight into the pool at the Red Roof Inn and Suites.

No one was hurt, and after getting over the initial shock, he and his racing colleagues – brother Christian and friends Shawn Ferguson and Joe Smith – called a tow truck. 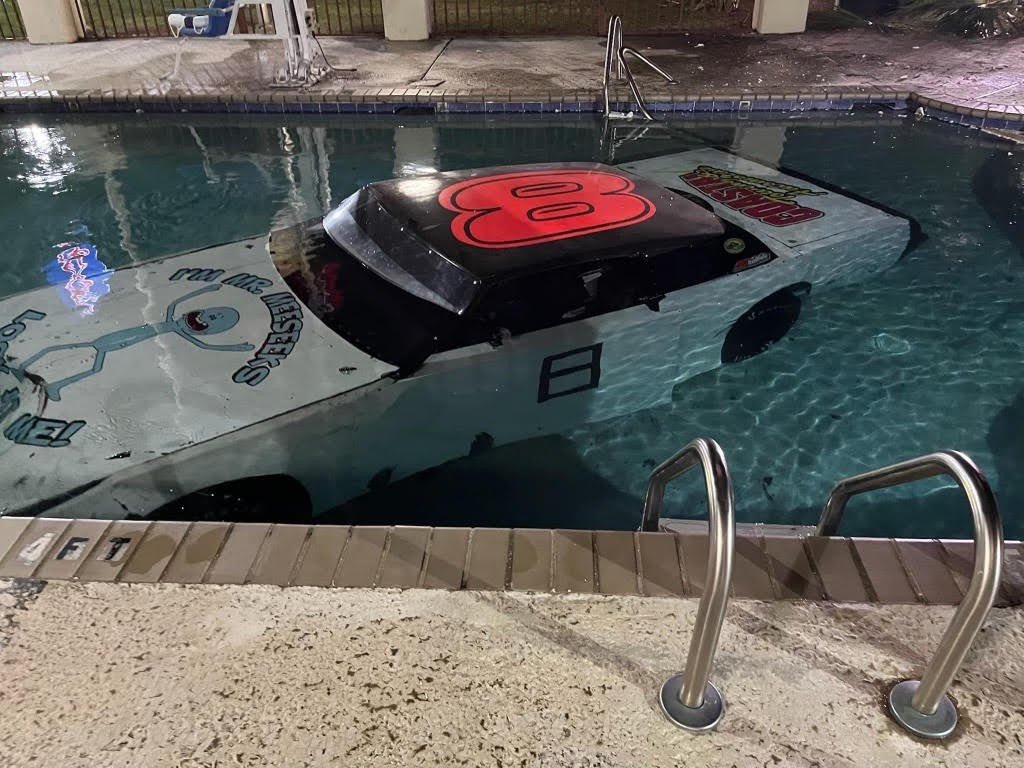 “They (the tow truck team) put my car on a flatbed and took it to Shawn’s house – he has a shop – and we put it up on the lift and worked on it for 14 straight hours, no sleep,” said Cameron.

He admits to running on (figurative) fumes when he got behind the wheel, but no way was he stopping until he reached the finish line.

“Man, I probably wasn’t in shape to drive, but my adrenaline was going good and I managed to do it,” he said.

He ended the day with a trophy and what he called “a hell of a story to remember for the rest of my life.”

He also found himself in a large viral spotlight.

The story of his come-from-underwater adventure roared into the racing news and blogosphere faster than Bill Elliott at Talladega. Every place from CBS Sports to Racing America.com to Twitter and YouTube celebrated Cameron and his car, now dubbed the “Submarine Machine.”

“I've enjoyed it so far,” he said of his new-found celebrity. “My team has loved it. We have received lots of sponsorship offers and gifts and I’ve met NASCAR drivers like Josh Berry and RFK Racing. It's definitely been an experience, to say the least.

“My hobby has become a side hustle and I can't wait to see where it takes me.”

Alas, Number 8 is sidelined until further notice due to damage, including a bent frame on the right front end.

And Cameron, who is in no hurry to repeat the feat that made in an internet sensation, says he’s learned a valuable lesson about securing racecars on his trailer: “I know I have to keep a bunch of straps on it and check on it often. I think I stopped and checked on it about nine times on my way home.” 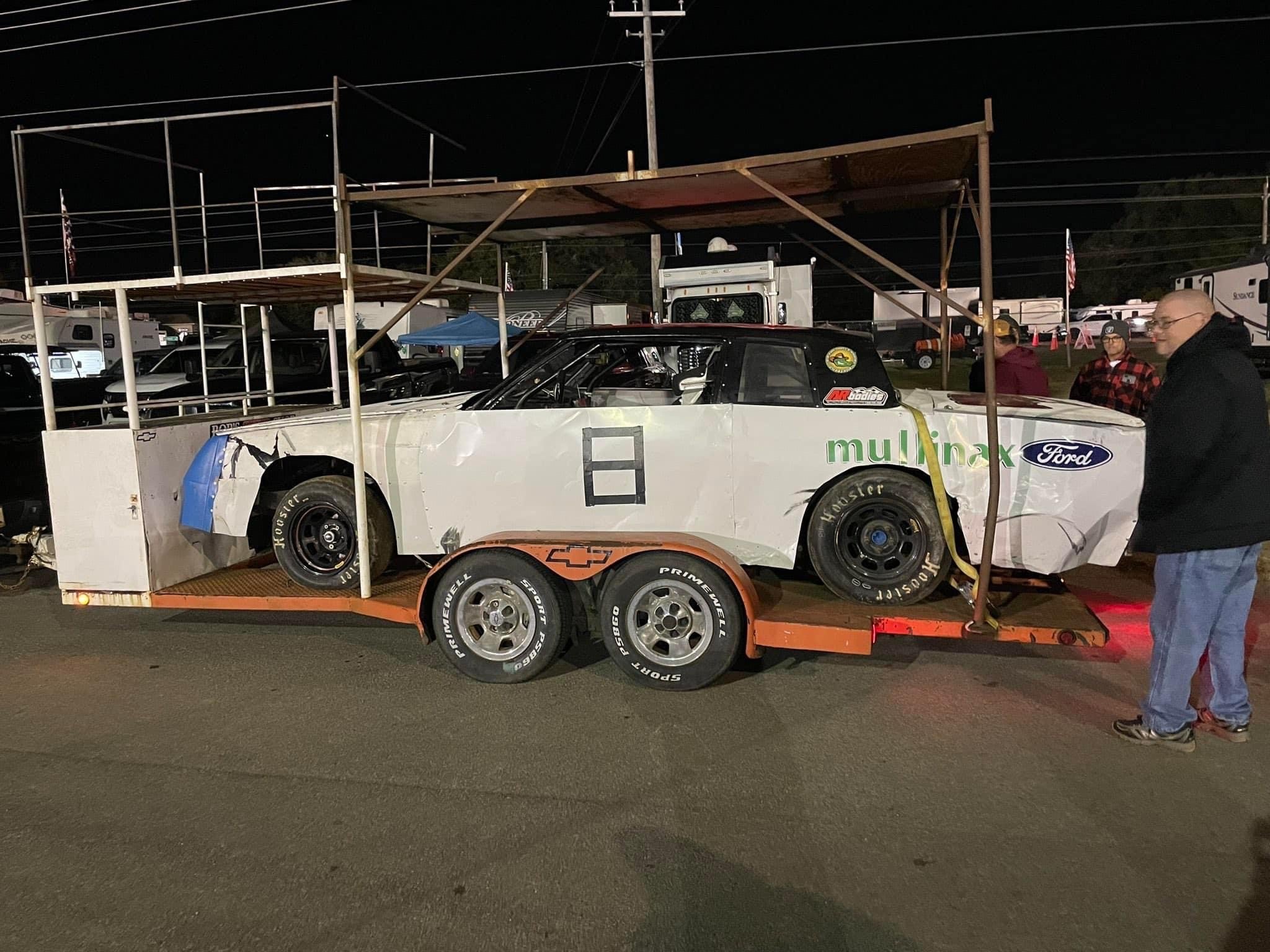 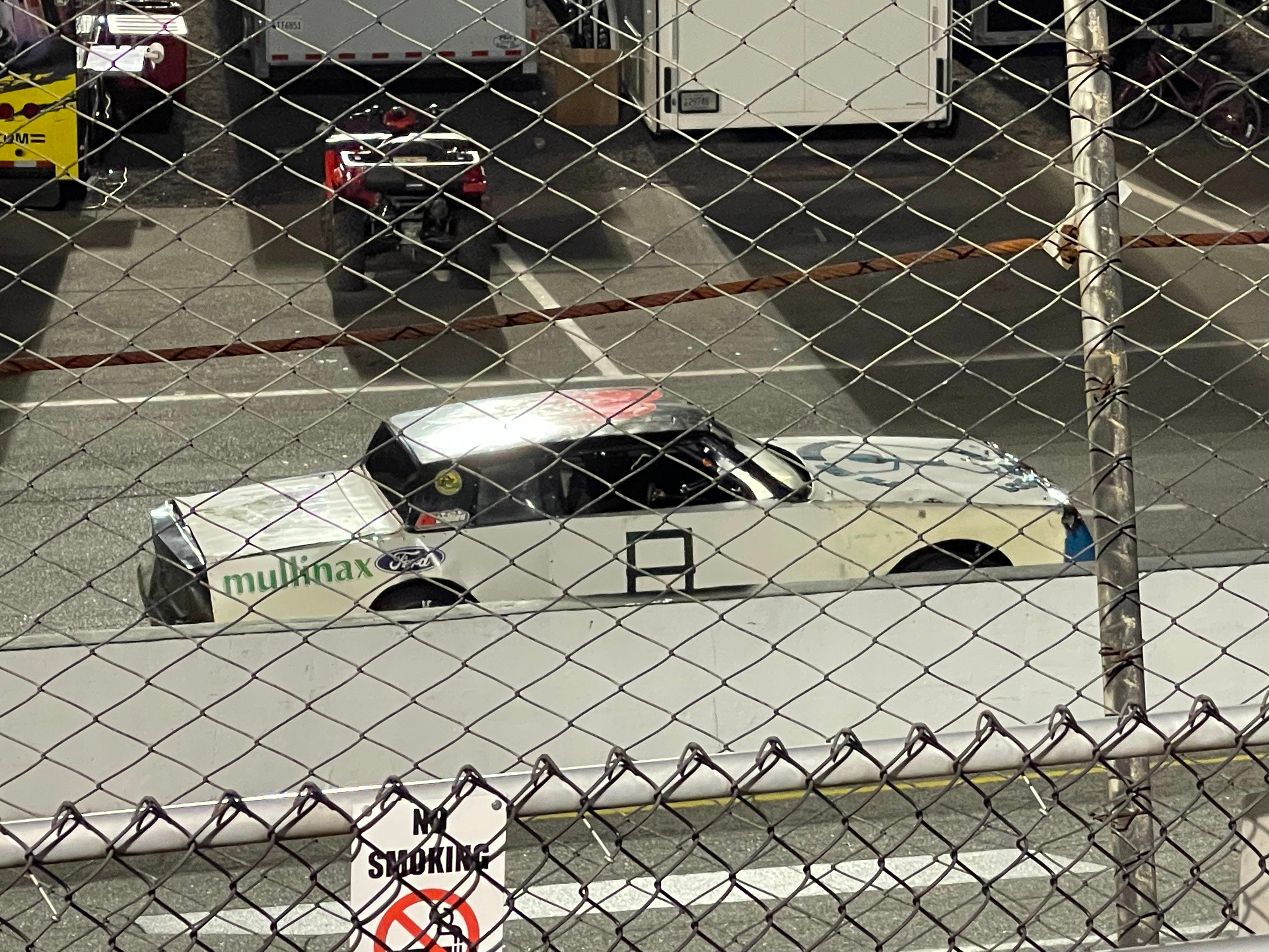 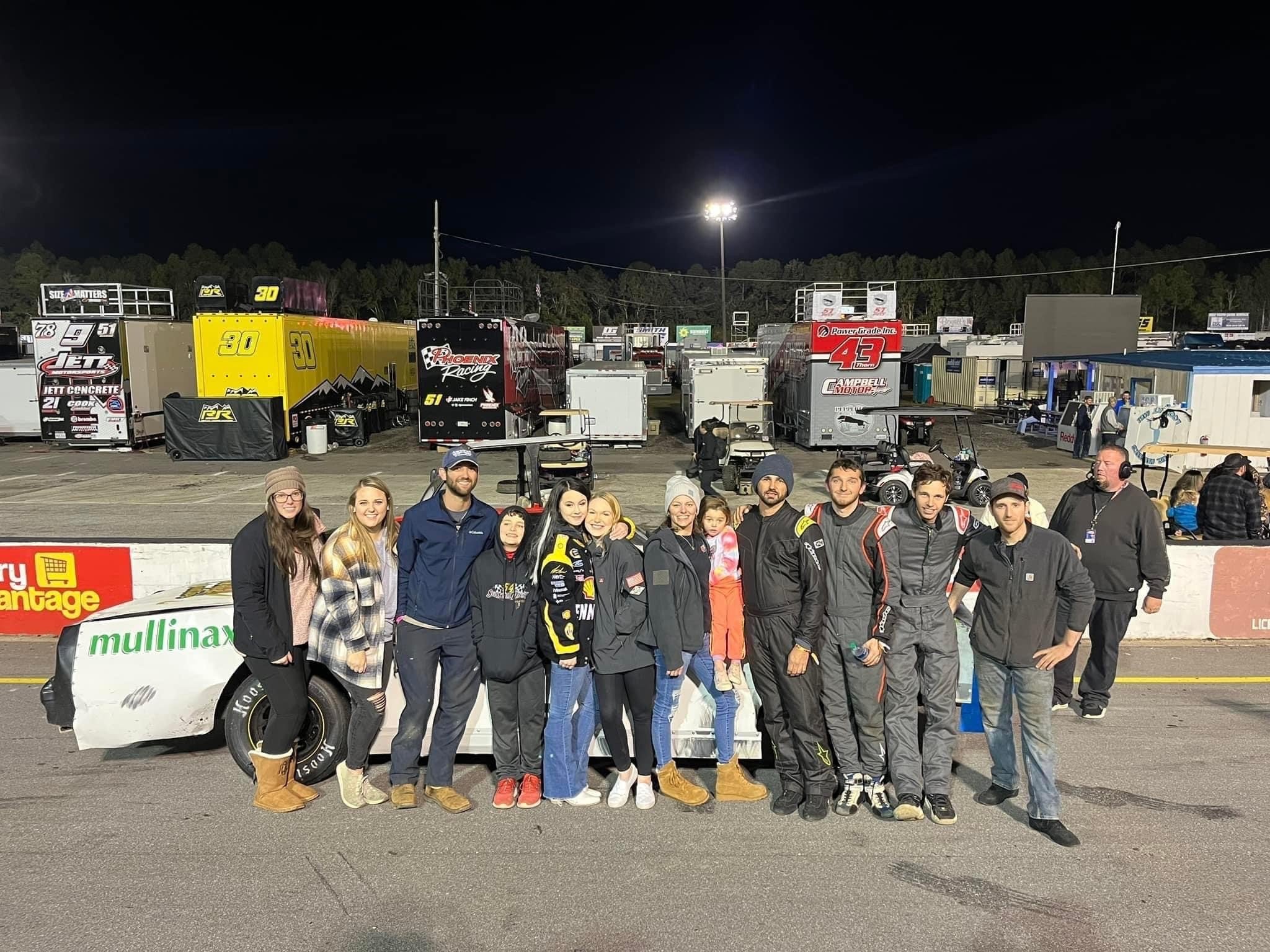 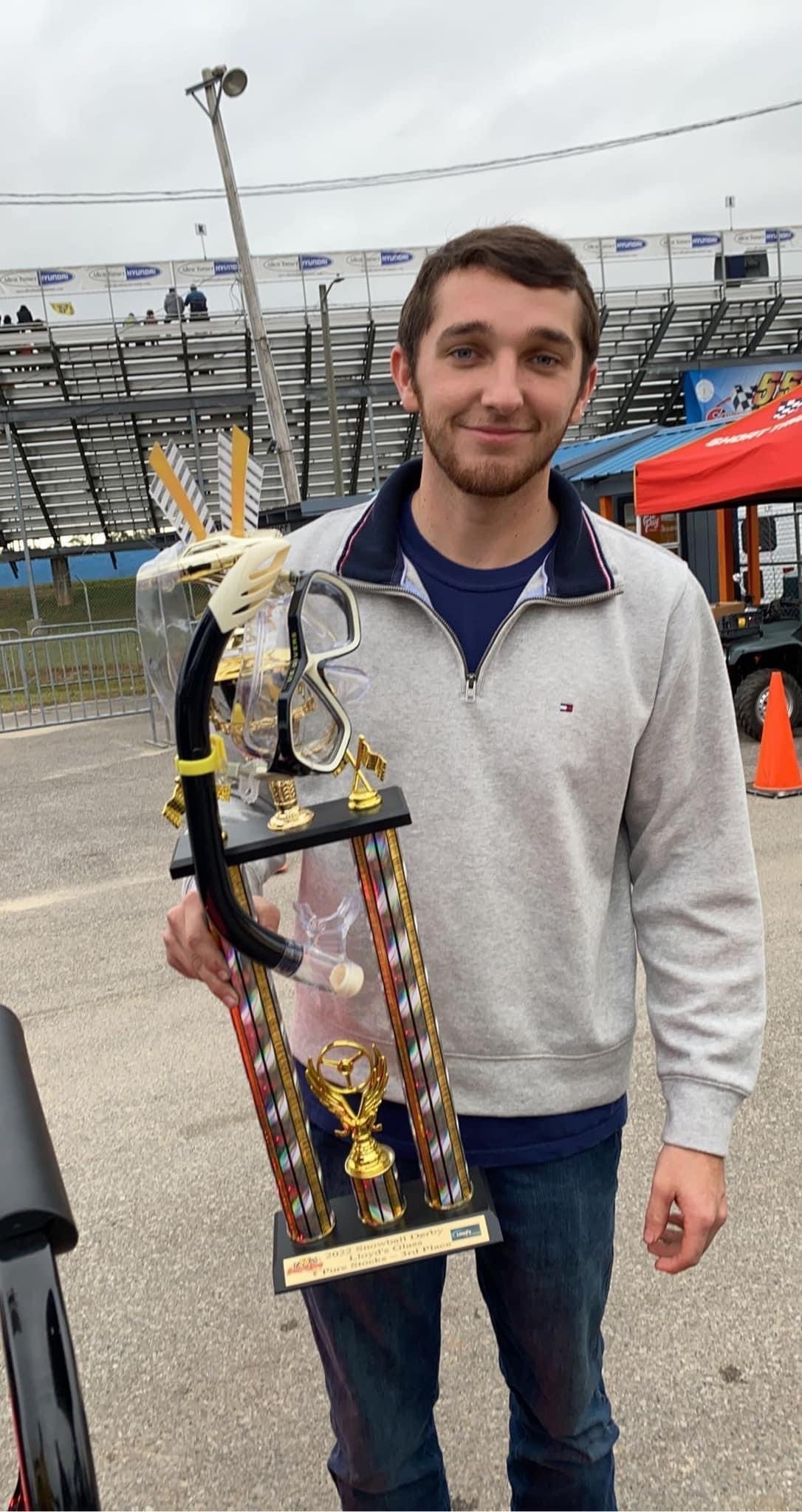 A pioneer in one-price, no-haggle auto buying, Mullinax Automotive consists of seven Ford dealerships across the nation -- five in Florida, which makes them the state’s largest Ford retailer, plus one in Mobile, AL, and another in Olympia, WA -- and a Hyundai/Genesis dealership in Clermont, FL.

All Mullinax locations are proud to be part of a family-owned and -operated business that prioritizes a fair and stress-free buying environment.

An avid amateur racer, Cameron was really looking forward to the derby, a prestigious race for super-late-model stock cars. Racing is a Leytham family tradition – Cameron, his dad, his grandfather and two brothers all enjoy putting the pedal to the metal on the circular track.