Model Overview
BMW's X5 comes in four different models for 2010--the 30i, the 48i, the 35d, and the M. The 30i is powered by a 3.0L inline 6-cylinder engine making 260 horsepower; the 48i gets a 350-horsepower, 4.8L V8 engine. Both engines have sophisticated design features, including aluminum and magnesium construction and Valvetronic, which controls and varies valve lift to deliver full power when needed yet otherwise allows increased efficiency and smoothness. The 35d is powered by a 3.0L twin-turbo inline-6 cylinder diesel engine producing 265 hp and 425 lb-feet of torque. The diesel engine also allows the 35d to tow up to 6000 lbs. Finally, the high-powered M is propelled by a 555-hp twin-turbocharged 4.4L V8 with 500 ft-lb of torque, which BMW claims is enough to get the vehicle from 0 to 60 mph in 4.5 seconds. All X5 powerplants are mated to an advanced 6-speed automatic that drives all four wheels.
The X5 is built with a very stiff body structure and has a 4-wheel independent suspension, including a double-wishbone setup in front and a multi-link arrangement in back; the system is oriented toward a good ride and crisp handling on the road, yet it has the ruggedness for occasional light off-roading. The optional active steering system adjusts the effective ratio of the steering such that at low speed the steering wheel only needs to be turned twice to go from lock to lock, yet at high speeds the system has a long ratio for good stability. The system interfaces with BMW's AdaptiveDrive--part of the optional Sport Package--to coordinate the steering system's operation with active roll stabilization and electronic damping control.

Suspension in the M has been extensively tuned for aggressive driving, with stiffer rear mounts, upgraded control-arm bushings, a lower ride height and a standard self-leveling rear air suspension. Brakes, too, are improved, with huge 15.6-inch 4-piston rotors up front and 15.2-inch in the rear.

All X5 models come with xDrive, a full-time all-wheel drive system that normally sends 60% of engine torque to the rear wheels but using a multi-disc clutch can steplessly vary torque to the front wheels, sending more as needed. XDrive interfaces with the stability control system to enhance handling safety.

The X5 comes with a range of safety features, including advanced dynamic stability control and a rollover sensor that interfaces with the vehicle's air bag system. Front seat-mounted side air bags and a head-protection system for all outboard occupants are also standard.

Climate control, navigation and entertainment functions, among others, are accessed through the BMW's second-generation iDrive controller, which now includes iDrive logic and hard drive. 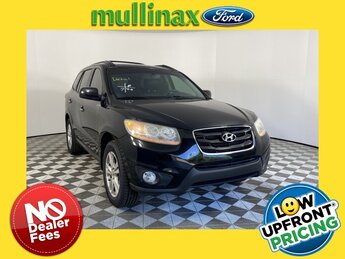 2010 Mitsubishi Outlander XLS
Brown
* Pricing - All vehicle pricing shown is assumed to be correct and accurate. Incentives, credit restrictions, qualifying programs, residency, and fees may raise, lower, or otherwise augment monthly payments. Additionally, incentives offered by the manufacturer are subject to change and may fluctuate or differ based on region and other considerations. Unless otherwise noted or specified, pricing shown does not include title, registration, or tax fees and costs. Price subject to change.